Saltfish In Beer With Jalapeño and Pimento Marmalade 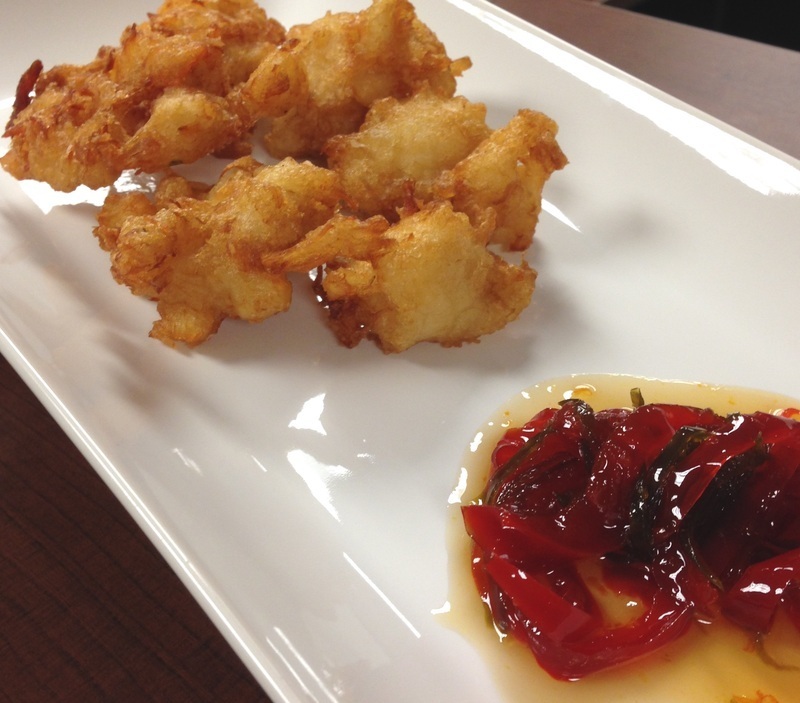 Preparation for the marmalade
In a large pot add the orange juice, lime juice, water, zest from the orange and cilantro seeds cook on low heat until reduced by half. Add the peppers and sugar boil for 3 mins. then reduce heat to low cooking another 15 mins. Let cool to room temp.

Preparation for the fish
In a large mixing bowl add the fish, baking powder, baking soda and coconut flakes; mix well then slowly add the beer while mixing vigorously. Put in the refrigerator to rest for 1 hour.

Heat the oil in a skillet. Scramble the egg whites and incorporate them into the fish batter. Fry by the spoonful and transfer to a paper towel to drain. Serve immediately with marmalade.